The Pentagon is reviewing potential dates for the parade, as Pentagon spokesman Charlie Summers told CNN the planning process is in its “infancy.”

“President Trump is incredibly supportive of America’s great servicemembers who risk their lives every day to keep our country safe. He has asked the Department of Defense to explore a celebration at which all Americans can show their appreciation,” Sanders said.

“The marching orders were: I want a parade like the one in France,” a military official said. “This is being worked at the highest levels of the military.”

Trump attended a military parade while visiting Paris on Bastille Day in July as a guest of French President Emmanuel Macron and was awestruck by the display.

“It was one of the greatest parades I’ve ever seen. It was two hours on the button, and it was military might, and I think a tremendous thing for France and for the spirit of France,” Trump told reporters at the United Nations General Assembly in September. “We’re going to have to try to top it.”

Trump has requested the parade be tied to a patriotic holiday and the Pentagon prefers Veterans Day on Nov. 11 because it coincides with the 100th anniversary of the end of World War I and wouldn’t conflict with other pre-existing celebrations.

Potential hurdles include the cost of shipping Abrams tanks and high-tech hardware to Washington and the possibility that the heavy tanks could damage the blacktop of the planned venue on Pennsylvania Avenue.

President George H.W. Bush held one of a few American military parades in 1991 celebrating victory in the Persian Gulf War. 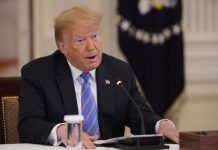 Judge halts Trump’s niece from publishing book about her uncle 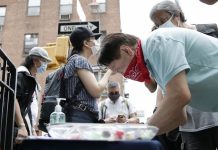 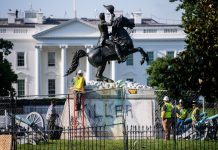