Jan. 15 (UPI) — After a year and a half of stalemate, tariffs affecting billions of dollars worth of products and failed negotiations, President Donald Trump signed a partial trade agreement with Chinese leaders Wednesday in the first step to what both parties hope will be a full resolution of the 18-month feud.

Trump welcomed Beijing’s delegation, led by Vice Premier Liu He, for the signing ceremony in the East Room of the White House. The “phase one” agreement loosens some U.S. tariffs against China and secures new purchases of American-made items for Beijing.

Liu and Trump took turns signing the documents after weeks of negotiations.

Trump hailed the deal as a step toward a “future of fair and reciprocal trade” and called it a “historic” agreement.

“Together, we are righting the wrongs of the past and delivering a future of economic Justice and security for American workers farmers and families,” the president added.

“This is a win-win agreement,” he said. “It will bring about stable economic growth, promote world peace and prosperity, and is in the interest of producers, consumers and investors in both countries.”

“The conclusion of the phase one agreement is good for China, the United States and the whole world,” the leader wrote. “It also shows that our two countries have the ability to act on the basis of equality and mutual respect and can work through dialogue and consultation to properly handle and effectively resolve relevant issues.”

U.S. markets surged before and after Wednesday’s agreement. At one point, the Dow Jones Industrial Average had risen 160 points. By 1:30 p.m. EST, it was up 94 points.

The White House said the deal “achieves progress on a number of critical fronts,” including intellectual property, technology transfer, agriculture, financial services, and currency and foreign exchange. The administration also called the agreement the first steps to provide “protections for American innovators and inventors.” 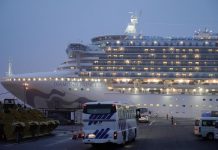 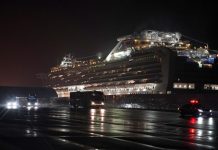