The Department of Justice and Department of the Interior will lead the task force known as Operation Lady Justice in response to the deaths and disappearance of thousands of American Indians and Native Alaskans, mostly women and girls.

“The statistics are sobering and heartbreaking,” Trump said. “Recently, more than 5,000 Native American women and girls were reported missing in a single year. While the majority return home or are found, too many are still missing and their whereabouts are unknown — and they usually don’t find them.”

The task force will establish teams of representatives from multiple jurisdictions of tribal and federal law enforcement to review unsolved cases as well as promote greater cooperation among law enforcement at the federal, local, state and tribal levels when responding to cases.

Trump was joined by Attorney General William Barr, Secretary of the Interior David Bernhardt and other members of the administration as well as several tribal leaders.

Congress has also introduced a bipartisan bill known as Savanna’s Act that would make it easier for the almost 600 U.S. tribal jurisdictions to add missing persons to the national database. 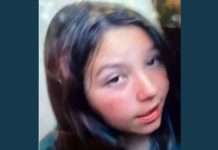 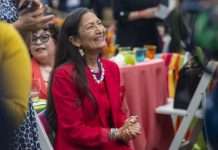