The nominations, which last for seven-year terms and which the Senate must confirmed, will bring the FTC to its capacity of five.

Current members are Maureen Ohlhausen, who has run the agency on a temporary basis since Trump’s inauguration in January, and Democratic Commissioner Terrell McSweeny.

Simons is a partner at the law firm Paul, Weiss, Rifkind, Wharton & Garrison. He previously led the FTC’s antitrust enforcement, which investigates anticompetitive mergers and business practices, from 2001 to 2003. The White House, in a release, said Simons helped re-invigorate the FTC’s non-merger enforcement program, where he “initiated over 100 investigations and produced more non-merger enforcement actions in one year than in any other year in the prior two decades or since.”

Chopra is a senior fellow at the Consumer Federation of America, where he focuses on consumer protection issues involving young people and military families. He previously was an assistant director at the Consumer Financial Protection Bureau from 2010 to 2015, when he directed work on problems facing student financial services. He has also served as the agency’s student loan ombudsman.

Phillips worked at Steptoe & Johnson in Washington and at Cravath, Swaine & Moore in New York, where he focused on civil litigation, according to a biography on the website for the Federalist Society, a group of conservatives and libertarians in the legal profession. 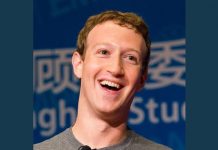 FTC, coalition of states including Utah accuse Facebook of monopoly in lawsuits