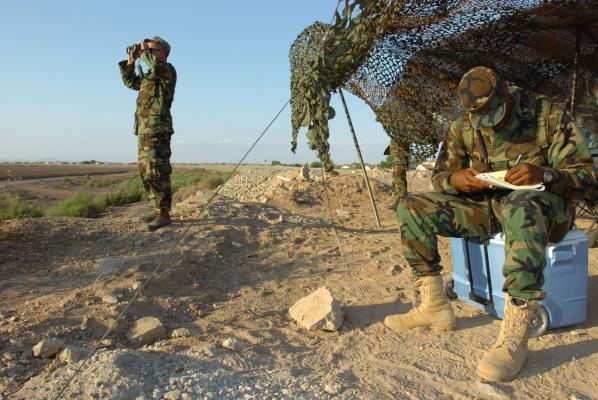 Department of Homeland Security Secretary Kristjen Nielsen announced the president was expected to sign a proclamation for the troop movement later in the day.

“It’s time to act,” she said during the daily White House briefing, adding that plans were being finalized.

A senior administration official told reporters later Wednesday that “this is all happening very rapidly” and the White House expects troops to be at the border “very soon.”

Officials didn’t say how many troops the National Guards would send. President Barack Obama sent 1,200 troops in 2010 and President George W. Bush sent 6,200 to the border in 2006 as part of Operation Jump Start.

Administration officials said they anticipate a “significant uptick” of illegal border crossing attempts in the spring and summer months despite the fact that illegal crossings had declined since Trump’s election.

Nielsen’s announcement comes one day after Trump said he wanted the U.S. military to guard the border.

“We are going to be guarding our border with our military. That’s a big step,” he said during a meeting with Baltic leaders. “We cannot have people flowing into our country illegally, disappearing, and by the way never showing up for court.”

In recent days, the president has lashed out against “large caravans” of people — mostly from Honduras — traveling north from Mexico’s southern border last week. The group, initially about 700 people in size, left the southern Mexican town of Tapachula on March 25 and grew in size as it traveled north.

“The big Caravan of People from Honduras, now coming across Mexico and heading to our ‘Weak Laws’ Border, had better be stopped before it gets there. Cash cow NAFTA is in play, as is foreign aid to Honduras and the countries that allow this to happen. Congress MUST ACT NOW!” Trump tweeted early Tuesday morning.

Nielsen didn’t offer details about how the National Guard would be used along the border, but said they would serve in a similar capacity as they did when previous administrations deployed troops to the border — aerial surveillance and support functions. The U.S. military is largely prohibited from engaging in domestic law enforcement like arrested undocumented immigrants at the border.

An administration official said DHS and Department of Defense officials were coordinating with border governors in the National Guard deployment. The official said the conversations were productive.

“This is an opportunity for these governors to embrace efforts by the federal government,” the source said. “We are optimistic we will see that cooperation.” 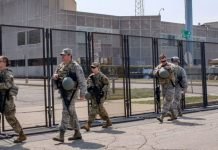