Trump signed the orders during a trip to North Carolina as he “laid out his vision” for a healthcare system he called the America First Healthcare Plan, which he said would focus on providing increased choice, lower costs and improved care.

“We will ensure the highest standard of care anywhere in the world: cutting-edge treatments, state-of-the-art medicine, groundbreaking cures and true health security for you and your loved ones,” he said.

During a call with reporters ahead of the announcement, Health and Human Services Secretary Alex Azar said one of the executive orders would declare it the policy of the United States to “provide protections to ensure that Americans with pre-existing conditions regardless of whether the Affordable Care Act is unconstitutional and its protections for pre-existing conditions invalidated.”

He also said the order would direct HHS to work with Congress to pass legislation to protect patients against surprise medical bills and to investigate executive and regulatory actions that can ensure such protections if legislation is not passed by Jan. 1.

Trump on Thursday said his plan would also include measures to create price transparency from healthcare providers in order to “create true competition.”

“Both hospitals and insurance companies will be required to post all of their prices online,” Trump said. “This transformative policy will allow you to see your exact out-of-pocket costs before you go for treatment, making it easy to shop for the best price.”

Earlier this month, Trump also signed an executive order to lower drug prices in the United States by instructing Medicare to not pay more for certain medicines than other nations, prompting criticism from the pharmaceutical industry.

“Under my plan, we will pay the exact same price as other countries,” Trump reiterated Thursday. “That’s at the lowest level. So we will be matching the lowest price with what’s now many times the highest price and we won’t pay a penny more.”

During his 2016 presidential campaign, Trump pledged to “repeal and replace” the ACA, also known as Obamacare, but has after being elected has said he would continue protections for Americans with pre-existing conditions included in the healthcare plan.

His opponent in the 2020 election, Joe Biden, served under President Barack Obama and has pledged to expand the legislation if elected. 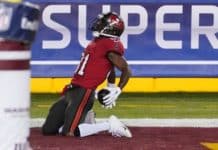