June 8 (UPI) — President Donald Trump on Friday reversed course on what he believes should be NASA’s priorities, telling the space agency to focus on Mars instead of the moon.

The president made the comment in a tweet while aboard Air Force One en route from Ireland to Washington, D.C.

“For all the money we are spending, NASA should NOT be talking about going to the Moon — We did that 50 years ago. They should be focused on the much bigger things we are doing, including Mars (of which the Moon is a part), Defense and Science!”

The tweet is at odds with a directive Trump signed in December 2017 to send U.S. astronauts back to the moon for the first time since 1972. At the time he said the mission to Mars would establish eventual travel to that planet.

“This time we will not only plant our flag and leave our footprint, we will establish a foundation for an eventual mission to Mars and perhaps, someday, to many worlds beyond,” he said in 2017. “This directive will ensure America’s space program once again leads and inspires all of humanity.”

Trump’s directive was in response to a recommendation by the National Space Council, headed by Vice President Mike Pence, who’s been pushing the moon goal over the past 18 months.

“It is the stated policy of this administration and the United States of America to return American astronauts to the moon within the next five years,” Pence said in March at the U.S. Space and Rocket Center in Alabama.

RELATED Jupiter will appear at its biggest & brightest, with moons visible this month
Earlier Friday, NASA Administrator Jim Bridenstine reiterated the stated goal of the Trump administration to make the moon the priority.

“The very first space policy directive of the president said, ‘we’re going to go back to the moon,'” Bridenstine told the International Space Development Conference in Washington. 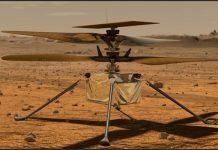 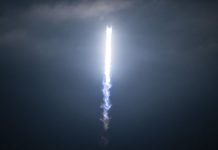