Jan. 23 (UPI) — President Donald Trump on Monday revived a rule that prevents federal money from going to certain health charities around the world that promote or facilitate abortions.

Trump signed the order in the Oval Office on Monday. Known as the Mexico City policy, the rule prohibits any money from the U.S. Agency for International Development from going to any American non-government aid organization abroad that provides or promotes abortion as part of its family planning services.

The measure, called the “global gag rule” by critics, was first instituted by former President Ronald Reagan in 1984 and has been on and off the books ever since. It has effectively become a partisan hot potato, with Democratic presidents scrapping the rule when they take office and Republicans resurrecting it once they move into the White House.

“I applaud President Trump for taking this important action and look forward to continuing to work together in advancing pro-life policies,” Rep. Michael Burgess, R-Texas, chairman of the House’s health subcommittee, said Monday. “Life is a precious and sacred gift, and we must do all we can to protect it.”

“President Trump is wasting no time acting on his promises,” House Speaker Paul Ryan said in a statement. “We look forward to working with the president to build on these actions and deliver results for the people.”

Federal law already bars taxpayer funds from being used for abortions anywhere, but the Mexico City rule takes the policy further by blacklisting NGO groups that use money from any source for services that include abortion.

Critics say the rule puts thousands of women around the world at greater risk, and does virtually nothing to stop the controversial practice. Experts largely agree that abortion numbers generally stay the same, whether the ban is in effect or not.

Critics say the policy does increase the number of women who feel they have no choice but to seek risky abortions.

“Restricting funds to health centers that provide safe and effective family-planning services can only lead to more, not fewer, abortions,” the National Association for the Repeal of Abortion Laws (NARAL) said in a statement Monday.

Opponents also argue that the measure has a dangerous residual side effect — starving third-world clinics of vital aid that pays for important healthcare services other than abortion.

“It’s telling that one of Trump’s first executive actions combines two of his favorite things: silencing anyone who disagrees with him and repressing women,” NARAL President Ilyse Hogue said Monday. “With this action, Donald Trump has turned his anti-women rhetoric into policy. … He really is living up to the lowest of expectations.”

Trump’s order came on the heels of the Women’s March on Washington over the weekend, and one day after the 44th anniversary of the Supreme Court‘s landmark Roe v. Wade decision that legalized abortion in the United States. 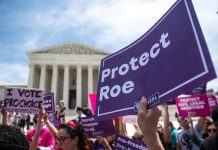 Judge rules abortions can proceed in Tennessee amid pandemic 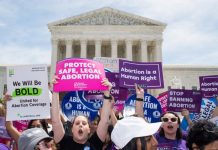 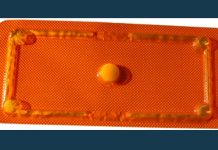