STERLING, Va., Aug. 2 (UPI) — As criticism, tolerance and support swirl throughout the Republican ranks, presidential nominee Donald Trump said Tuesday that he isn’t supporting two of the party’s most prominent leaders in their upcoming congressional races.

During a campaign stop at his golf course in Virginia, Trump said he has not yet endorsed House Speaker Paul Ryan, R-Wisc., or Sen. John McCain, R-Ariz., in either of their re-election bids.

Ryan’s Wisconsin primary is set for next Tuesday and McCain’s is also coming up in Arizona.

Trump’s failure to back McCain is not surprising to most, since they don’t enjoy a good political relationship — but it may be somewhat of a slap to Ryan, who has already endorsed Trump for president.

“I’ve never been there with John McCain because I’ve always felt that he should have done a much better job for the vets,” he continued. “I’ve always had a difficult time with John for that reason.”

Last week, though, Ryan, along with nearly every Republican and Democratic leader, criticized Trump for verbally attacking Ghazala and Khizr Khan after their appearance at the Democratic National Convention last week.

Thursday, Khizr Khan spoke onstage about his Muslim son, a U.S. Army captain killed overseas in 2004, with an address that stirred deep emotions on both sides of the aisle.

During his remarks, he said Trump had not sacrificed anything and needed to read the U.S. Constitution — rebukes aimed at Trump’s previous call to ban all Muslims from entering the United States.

“I was viciously attacked on the stage, and I have a right to answer back. That’s all I have to say about it,” Trump said Tuesday.

The controversial candidate drew additional scorn Tuesday at a stop in Ashburn, Va., when he sarcastically suggested that a mother take her crying baby out of the room.

“I love babies. I hear that baby cry, I like it,” he said. “The mom’s running around, like, don’t worry about it, you know. It’s young and beautiful and healthy and that’s what we want.”

“I was only kidding, you can get the baby out of here,” he said moments later. “I think she really believed me that I love having a baby crying while I’m speaking. That’s OK. People don’t understand.” 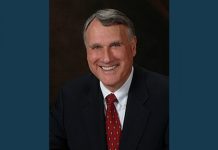 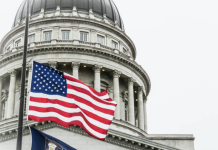 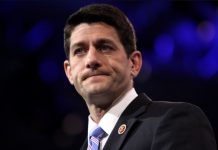