Nov. 5 (UPI) — On the third anniversary of the Paris Climate Agreement going into effect, the Trump administration announced that it has begun the process to withdraw from the multi-nation landmark environmental accord.

In a statement, Secretary of State Mike Pompeo said the United States has submitted formal notification of its withdrawal to the United Nations, which will go into effect in one year’s time. It was the first day the Trump administration was able to formally ask to withdraw from the accord.

“Today, we begin the formal process of withdrawing from the Paris Agreement,” Pompeo said via Twitter. “The U.S. is proud of our record as a world leader in reducing all emissions, fostering resilience, growing our economy and ensuring energy for our citizens. Ours is a realistic and pragmatic model.”

In 2015, President Barack Obama and the leaders of 194 countries signed the Paris Agreement, which aims to reduce global warming to less than 2 degrees Celsius by pre-industrial levels while attempting to limit the increase by 1.5 degrees Celsius by the end of the century through countries voluntarily vowing to curb the production of greenhouse gases. It also calls for developed countries to support developing countries in their efforts to build environmentally sustainable futures.

Last year, U.N. Secretary-General Antonio Guterres said the agreement is not simply a piece of paper but “a historic compact among nations, a compact to ensure our survival.”

Heralded internationally as a success for the environment, the deal has come under criticism, particularly by President Donald Trump who has vowed to undo the Obama administration’s signing of the deal that went into effect Nov. 4, 2016, as he says it disadvantages the United States at the benefit of other countries.

“The agreement is less about climate and more about other countries gaining a financial advantage over the United States,” he said in announcing his intentions in June 2017 to pull out of the accord. “The rest of the world applauded when we signed the Paris Agreement — they went wild, they were so happy — for the simple reason that it put our country, the United States of America, which we all love, at a very, very big economic disadvantage.”

Pompeo said despite being the only nation to pull out of the deal, the United States will continue to participate in international climate discussions and offer a “realistic and pragmatic model” that opens markets to prosperity while emitting fewer emissions.

“We will continue to work with our global partners to enhance resilience to the impacts of climate change and prepare for and respond to natural disasters,” he said. “Just as we have in the past, the United States will continue to research, innovate and grow our economy while reducing emissions and extending a helping hand to our friends and partners around the globe.”

The formal submission to withdraw from the decision was quickly met with condemnation from organizations and politicians.

“By withdrawing from the Paris Agreement, the Trump administration is showing that it cares neither about science nor economics,” World Resources Institute President and CEO Andrew Steer said in a statement, calling Trump’s decision to leave the accord “cruel to future generations” for making the world “less safe and productive.”

By leaving the accord, Trump is ignoring the two-thirds of Americans who want to remain part of the deal, he said.

“The world is moving ahead to embrace the economic opportunities of the 21st century,” he said. “Meanwhile, President Trump is undercutting confidence that the United States will honor its global commitments and demonstrating a grave moral failure to lead on the climate crisis.”

The World Wildlife Federation said, while not a surprise, the move continues the U.S. federal government’s “abdication of global climate leadership.”

“This matters because it sends the wrong signal to other nations — that the world’s largest economy doesn’t take this issue seriously — at a moment when we badly need to move farther and faster to reduce emissions,” WWF-U.S. President and CEO Carter Roberts said in a statement.

The House Foreign Affairs Committee described Trump’s plan to pull out of the deal “disastrous.”

“We’re witnessing devastating fires in California, melting in the Alaskan tundra and horrific tropical storm surges on America’s coasts,” said Rep. Eliot Engel, the committee’s chairman. “Changing conditions put our agriculture, water supply and health at greater risk. Instead of pressing ahead with the landmark Paris Climate Accord, President Trump is once again making the worst choice possible.” 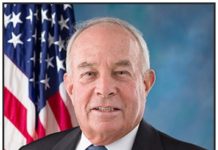 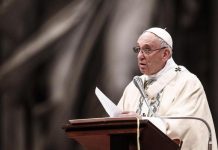 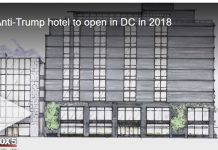