Aug. 14 (UPI) — U.S. President Donald Trump threatened to pull out of the World Trade Organization, saying “we’ll leave if we have to.”

At the site of an under-construction petrochemicals plant in Monaco, Pa., for a speech Tuesday that was to be about energy policy, Trump said that the United States has been taken advantage of by WTO member states, especially China, for too long — and it was about to stop.

“We know that they have been screwing us for years,” he told the crowd of workers. “And it’s not going to happen any longer.”

He said China has “ripped off” the United States for years with the support of U.S. money through the WTO, and if the international trade regulator isn’t going to be fair, “we don’t need it.”

The WTO has long been an issue for Trump who has criticized its granting of developing-country status — and all the trade benefits that come with it — to countries with large economies, such as India but specifically China.

Other Stories of Interest:  U.S. deficit projected to hit $1T milestone in 2020

In July, the Trump administration issued a memorandum on reforming how the WTO designates this preferential designation, citing China as the most dramatic example of a country benefiting from a system he said is unfair.

“The WTO is in desperate need of reform, without which the WTO will be unable to address the needs of workers and businesses or the challenges posed by the modern global economy,” the memorandum said. “… The need to reform international economic institutions is not just a challenge for the United States but for all countries that participate in the global market.”

In the speech Tuesday, he reiterated his criticism that the countries are taking advantage of the United States through claiming developing-country status.

He said the WTO wrongly views countries such as China and India as developing, “but they’ve grown.”

“And they had tremendous advantages,” he said. “But we’re not letting that happen anymore, okay? … Everybody is growing but us.” 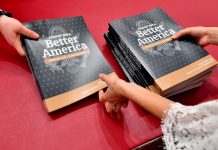 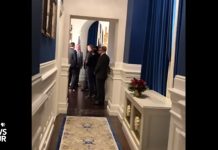 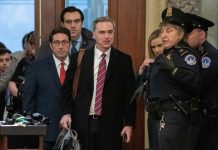