Trump was said to have settled on an individual to replace Flynn earlier this week, but the candidate, Ret. Navy Vice Adm. Robert Harward, reportedly turned down the offer. The White House said Friday that Harward, 60, turned down the job for family reasons.

Former CIA director and retired general David Petraeus also has taken himself out of consideration, according to reports. Petraeus said in a speech Friday that Trump’s eventual replacement for Flynn should demand “very significant assurances” they will be in charge of the National Security Council both in staffing and the deliberative process that produces policy recommendations for the president.

The Wall Street Journal reported Friday the position has become a tough sell for some perceived top-level candidates in Washington’s national security community, because Trump has been unwilling to grant his top national security official the final decision on questions of staffing. Trump took the unusual step of appointing Steve Bannon, his chief strategist, to the National Security Council. Typically, the NSC comprises career military, intelligence and diplomatic officials who operate outside the political fray to evaluate security threats facing the country. The national security adviser is also generally afforded the opportunity to hand-pick a deputy, but the Trump administration has insisted that post be filled by K.T. McFarland, a former Fox News contributor who has held a number of national security posts dating back to the Nixon administration.

The presence of Bannon, one of Trump’s closest political advisers, has led former NSC members to question whether the group will be sidelined if its security recommendations to the president don’t fit the administration’s political agenda.

Flynn was ordered to resign Monday with Trump saying he lost trust in Flynn because he failed to accurately brief Vice President Mike Pence and others about the content of a phone call with the Russian ambassador during the transition. Flynn initially denied that the call included discussion of dropping sanctions against Russia, but leaked transcripts of the call showed the subject was broached. 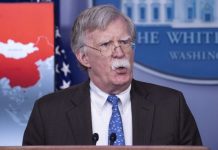 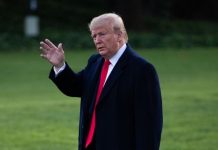 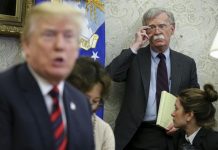