McALLEN, Texas, Jan. 10 (UPI) — President Donald Trump is traveling to southern Texas on Thursday to visit the area targeted for construction of a “big, beautiful wall” along the Mexico border.

Not on his schedule of stops is a 100-acre wildlife refuge near McAllen, Texas, that the wall’s construction will bulldoze through starting next month. It is expected to take two years to complete.

“They are going to bulldoze all of the trees here and on contiguous properties during spring nesting season,” said Marianna Trevino-Wright, executive director of the National Butterfly Center. “This will kill tens of thousands of birds. We rely on birds and butterflies to keep our non-profit afloat.”

The refuge sits to the north of the Rio Grande River on a private reserve dedicated to the preservation and propagation of South Texas wildlife. It is tranquil and barren, with grassland and shrubs, an irrigation canal and a levee. Thousands visit every year to see birds, butterflies and other native creatures.

“It’s very peaceful here,” Trevino-Wright said. “Six thousand schoolchildren visit each year. We even have a sleepover with Girl Scouts from across Texas.”

On Wednesday, four part-time Texas residents were walking their dogs along the levee, watched over by a Border Patrol agent in one of the agency’s standard white trucks.

“The wall is going to change everything,” said Wendy Campbell of Ontario, Canada, who has spent the last nine winters in McAllen.

“We think the wall is ridiculous and that it is money that could be spent in a wiser way,” Campbell said. “We spotted a hook-billed kite here the other day. If they build a wall here he’s not going to want to come up here anymore.”

Since international treaties establish the border at the deepest point in the meandering river, the wall must be built to the north by up to two miles. Plans call for the wall to bisect the privately owned butterfly and wildlife sanctuary.

“We are going to lose a significant amount of habitat and that’s what’s critical to species. Animals need to roam. They need to access water. They need food. They need mating opportunities, and all that will be cut off by the border wall,” Trevino-Wright said. “All terrestrial life, like the Texas horned lizard and the Texas tortoise, which are threatened and protected species, will drown in the event of a flood and the Rio Grande River floods often because this is a delta.”

Trump’s Texas trip comes two days after his first nationally televised address from the Oval Office, in which he described the wall as critical to national security. A fight with Congress over funding for the wall has caused the federal government to shut down over the past three weeks.

At the refuge, plans include not only the concrete and steel 18-foot-high wall, but also a multi-lane highway across the property, Trevino-Wright said.

The wall will also have multiple gates for passing through.

Every landowner in South Texas with border wall on their property will have an electronically operated gate and a code to open it. Residential subdivisions lie south of the wall — with golf courses, country clubs, bars and churches — whose residents must be able to access their property.

“The National Butterfly Center is also going to have a gate. While the government is going to pay us for the land seizure where the wall is going, it is not for the 70 acres we will have south of the border wall,” Trevino-Wright said.

“All of our visitors and members will be given the gate code, so there won’t be any reason any more for the ‘bad hombres’ that Trump talks about to bribe or blackmail Border Patrol agents for the gate code. All they will have to do is come join the National Butterfly Center.” 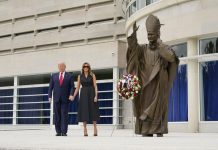 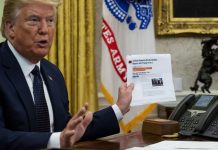 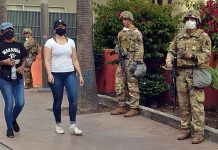