Jan. 31 (UPI) — Fitting for a leader who communicates frequently on Twitter, President Donald Trump‘s address on Tuesday night was the most-tweeted State of the Union speech ever.

According to Twitter, about 4.5 million tweets were directly related to Trump’s speech — topping the previous record of 3 million tweets for his address to a joint session on Congress a year ago.

The most-tweeted moment of the event was Trump’s discussion about standing for the national anthem — an issue that has stirred controversy in professional sports. During the speech, Trump talked about Preston Sharp, a 12-year-old boy from Redding, Calif., who started a movement that has now placed 40,000 flags at the graves of veterans.

“Preston’s reverence for those who have served our nation reminds us why we salute our flag, why we put our hands on our hearts for the pledge of allegiance and why we proudly stand for the national anthem,” Trump said.

The second most-tweeted part of Trump’s address was related to his plans for immigration reform, followed by discussions about border security relating to the MS-13 gang, Twitter said.

“Struggling communities, especially immigrant communities, will also be helped by immigration policies that focus on the best interests of American workers and American families,” Trump said. “For decades, open borders have allowed drugs and gangs to pour into our most vulnerable communities. They have allowed millions of low-wage workers to compete for jobs and wages against of the poorest Americans.”

Aside from Trump, the most-tweeted-about people during the State of the Union address were former President Barack Obama, House Speaker Paul Ryan and House Minority Leader Nancy Pelosi.

Twitter said retweets also drew high numbers. The tweet with the most — more than 16,000 — was the president’s invite for followers to watch the event Tuesday night.

Trump, who has millions of followers across his @POTUS and @realDonaldTrump Twitter accounts, was the most-tweeted-about world leader of 2017. 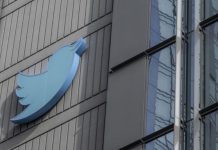 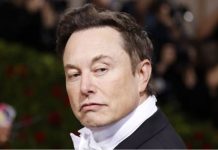