Erdogan said in a speech he instructed the foreign minister to declare the diplomats “persona non grata,” Anadolu Agency and The Washington Post reported.

The ambassadors “should either understand Turkey or they should leave,” Erdogan said in the speech during a ceremony in the central Eskisehir province. “It is not a tribal state as you might consider. This is Turkey.”

The declaration came in response to the Western embassies’ call to release Kavala, who was a prominent philanthropist, businessman and civil society activist.

The Turkish Foreign Ministry summoned the Western ambassadors earlier and accused them of meddling in the Turkish judiciary, Anadolu Agency reported.

Kavala has been in custody since 2016 as part of a probe into the failed coup attempt to overthrow Erdogan that same year. Prosecutors have accused him of spying.

The Soros’ Open Society Foundations called the charges against Kavala “bogus” in a statement Friday, which also condemned Erdogan’s description of Kavala as “Soros scum,” in comments broadcast Thursday.

“President Erdogan’s insulting language about George Soros, a man his government welcomed to Istanbul, is an effort to distract from the simple fact that Osman Kavala is innocent and should be released,” Open Society Foundations President Mark Malloch-Brown said in the statement.

Turkish officials have blamed the movement led by Fetullah Gulen — which Ankara calls the Fetullah Terrorist Organization — for the July 15, 2016 coup attempt that killed 250 people, injured more than 2,000 people, and led to mass arrests.

In particular, Turkey has blamed Gulen, who has lived in self-exile in the United States, for organizing the attempted coup, testing the relationship between the countries.

“Today marks four years since the ongoing detention of Osman Kavala,” the statement read. “The continuing delays in his trial, including by merging different cases and creating new ones after a previous acquittal, cast a shadow over respect for democracy, the rule of law and transparency in the Turkish judiciary system.”

“Together, the embassies of Canada, France, Finland, Denmark, Germany, the Netherlands, New Zealand, Norway, Sweden and the United States of America believe a just and speedy resolution to his case must be in line with Turkey’s international obligations and domestic laws,” the statement continued. “Noting the rulings of the European Court of Human Rights on the matter, we call for Turkey to secure his urgent release.” 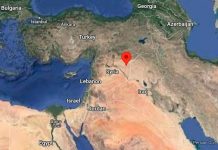 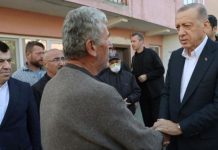 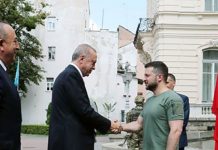