June 12 (UPI) — Two giraffes living at a Florida wildlife park were killed when they were struck by lightning during severe thunderstorms.

Lion Country Safari said Tuesday on Facebook that Lily, 10, and Jioni, 1, died May 3 but that the cause of their deaths was only known following a recent pathology test that confirmed the animals were killed during a thunderstorm.

“Recent pathology results confirm that the giraffes did pass as a result of the lightning and that the manner of their passing was instantaneous,” the safari said on Facebook. “The keepers and our whole team were understandably devastated by this sudden and tragic loss.”

The park, located in Loxahatchee near West Palm Beach, said the giraffes had access to “numerous shelters in the multi-acre habitat” if they had chosen to use them.

“It was absolutely heart-wrenching,” the park’s Wildlife Director Brian Dowling said, adding the deaths “kind of blindsided all of us. We had not seen this happen before. We never lost a giraffe to lightning,” WPBF reported.

The park said it waited to inform the public of the giraffes’ passings until the pathology results were complete.

Dowling said the park has reached out to lightning experts since the deaths to better protect their animals.

“We continue to mourn our two incredibly lovely and charismatic giraffes,” the park said on Facebook. “They will both be sorely missed.” 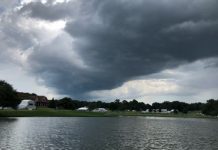 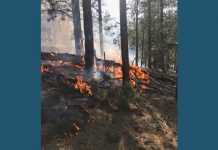 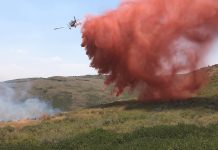