March 10 (UPI) — The bodies of two climbers missing for almost two weeks on a mountain in Pakistan have been found.

The missing bodies were identified Saturday as Tom Ballard, 30, of Britain, and Daniele Nardi, 42, of Italy.

The pair were at 20,777 feet when they were last heard from on Feb. 24. Rock and Ice magazine reported they had made contact with Nardi’s wife on that Sunday.

On March 1, weather impeded the rescue effort with an avalanche on Mummery Spur and pilots observing signs of a possible earlier avalanche.

The search operation still continued Monday with four Spanish rescuers flown to the area. Pakistani mountaineer Ali Sadpara also joined the rescue effort at base camp. Later in the week, “silhouettes” of the climbers were spotted, which officials now confirm to be “shapes” from Ballard and Nardi’s bodies.

Two Pakistani climbers were with Ballard and Nardi, but decided to head back because they thought it was too dangerous.

With great sadness I inform that the search for

Tom Ballard is over as @AlexTxikon and the search team have confirmed that the silhouettes spotted on Mummery at about 5900 meters are those of Daniele and Tom. R.I.P. #NangaParbat

The mountain has long attracted climbers even though it’s been dubbed “Killer Mountain” because of its dangerous conditions.

Hargreaves had climbing in his blood as the son of Alison Hargreaves, who was the first person to climb all six major faces in the Alps in one summer. Hargreaves was also the first woman and second person to scale the world’s highest mountain, Mount Everest alone without oxygen and support in 1995.

Ballard went onto become the first person ever to solo climb all six major north faces of the Alps in one winter.

Nardi had attempted the Nanga Parbat summit several times in the past.

“We are broken by pain; we inform you that the research by Daniele and Tom has been completed,” Nardi’s team posted on Facebook. “A part of them will always remain at Nanga Parbat.” 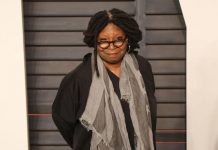