Feb. 3 (UPI) — Two monarch butterfly activists have been found dead in Mexico in less than a week, authorities have said.

Homero Gomez Gonzalez was found floating in a well with a head injury last week, while the body of Raul Hernandez Romero was found dead on Saturday with signs that he had been beaten with a sharp object.

Gomez Gonzalez, who managed the El Rosario monarch butterfly reserve was missing for two weeks before his body was found and Hernandez Romero, a part-time tour guide at the sanctuary, was last seen leaving his home in the municipality of Angangueo on Jan. 27.

Officials said they were unsure if the two deaths were linked or related to their work at the butterfly reserve.

Gomez Gonzalez, a former logger, spoke out against the illegal logging of timber in Mexico that threatens the habitats and livelihoods of the millions of buterflies that travel to the country from the United States and Canada each winter.

His death called attention to the dangers facing activists in Mexico, with many environmental activists having been killed after clashing with developers and local crime groups. 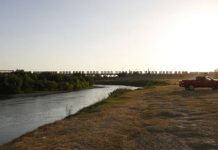