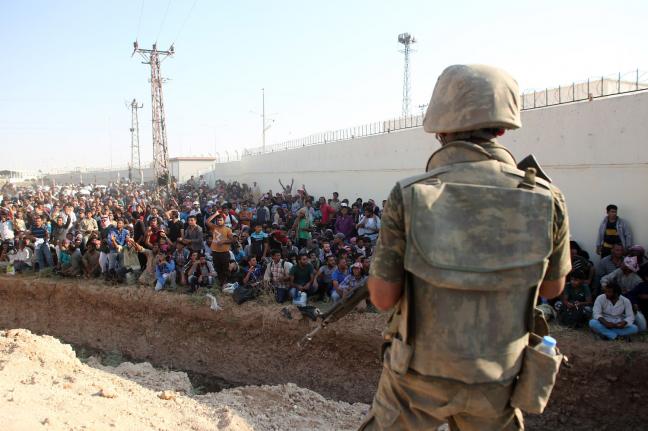 DOGUBAYEZIT, Turkey, Aug. 2 (UPI) — At least two Turkish soldiers were killed and 31 were wounded in a suicide bomb attack carried out on a military police station by Kurdish PKK militants early Sunday, according to Turkey’s military.

Four of the wounded are in a serious condition. The attack on the Karabulak Gendarmerie Station took place in the town of Dogubayezit in Turkey’s Agri province, near the country’s border with Iran, at about 3 a.m. local time.

A tractor truck reportedly filled with two tons of explosives was apparently detonated by a Kurdish PKK suicide bomber. The Kurdistan Workers’ Party, known by its Kurdish initials PKK, has not commented on the attack yet.

Violence tied to the PKK, which is fighting for more Kurdish autonomy in the region, has left more than 40,000 people dead since the 1980s. The group recently called off a 2013 cease-fire agreement.

Turkey is also facing continued violence from the Islamic State, which on July 23 killed one soldier and wounded two others. On July 20, an IS-linked suicide bomb attack killed 32 volunteers, mostly university students, in the town of Suruc.

The PKK and Turkey accuse each other of collaborating with the Islamic State. Turkey has been launching continued airstrikes on apparent PKK targets since the restart of hostilities. At least 260 Kurdish fighters have been killed in airstrikes since July 24.

Turkish airstrikes near Erbil, the capital of Iraqi Kurdistan, killed at least six people on Saturday.