April 8 (UPI) — The United Nations condemned an airstrike on the only functioning airport in Tripoli, the capital of Libya, on Monday.

“This attack takes place as part of an escalation of violence on the ground in areas around Tripoli and Western Libya,” the United Nations said in a statement. “The United Nations is deeply concerned for the welfare of the civilian population in the ongoing violence and of the implications of the attack on the airport.”

Officials suspended flights at Mitiga airport and evacuated passengers, but no deaths were reported, according to the BBC.

Forces loyal to Gen. Khalifa Haftar, a commander from the east attempting to gain control of the capital, were blamed for the airstrike.

Maria Valle Ribeiro, the U.N. humanitarian coordinator in Libya, said more than 2,800 people have fled from fighting. The escalation of violence in Tripoli blocked emergency services from reaching civilians and damaged electricity lines, she said.

“The upsurge in violence is further increasing the misery of refugees and migrants arbitrarily detained in detention centers in areas of active conflict,” she said.

Government forces have been combatting insurgences spawning from a 2014 conflict as warring sides struggle for control of the country since the death of former dictator Moammar Gadhafi in 2011.

The United Nations also called for an immediate halt to any further air operations in order to de-escalate the conflict and asked all member states to influence the opposing sides to end the conflict.

U.S. Secretary of State Mike Pompeo issued a statement on Sunday calling for an immediate halt to fighting in Libya. 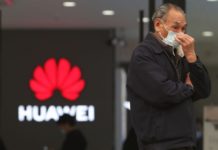