“In my view, the sanctions regime is, in fact, having a detrimental impact on the livelihood of the North Koreans,” Tomás Ojea Quintana, U.N. special rapporteur on human rights in North Korea, said at a press conference in Seoul.

Quintana’s briefing came at the end of a research trip to South Korea this week for a report that he will present to the U.N. Human Rights Council in October. He met with government officials and members of civil society and interviewed recent defectors from North Korea.

The U.N. envoy also spoke with former South Korean business owners who ran projects at the Kaesong Industrial Complex, a joint industrial park in North Korea that closed in 2016.

He was told that the closing of the complex “was hell” to the roughly 55,000 North Koreans who had worked there. They lost “a decent job, access to adequate water and sanitation, healthcare and food, which helped improve their lives,” he said.

The South Korean government has been eager to restart joint economic cooperation projects such as Kaesong with the North, but sanctions imposed by the U.N. Security Council have kept those plans on hold.

Sanctions relief has been a major sticking point in nuclear negotiations between the United States and North Korea. While Pyongyang is seeking some concessions in exchange for taking steps to dismantle its nuclear program, Washington has continued to hold onto a “maximum pressure” strategy that calls for complete denuclearization first.

Quintana said that the sanctions were never intended to harm ordinary North Koreans.

“The U.N. Security Council resolutions expressly said that the sanctions are not meant to cause any detrimental impact on the ordinary citizens,” Quintana said.

Quintana added that “economic cooperation, based on human rights standards, offers a significant opportunity to improve people’s right to work and access to an adequate standard of living.”

He also called on China to stop its practice of deporting North Korean escapees. Recent reports have suggested that China has cracked down on arresting and detaining North Koreans, whose route of escape is often via China. Quintana ampified those concerns.

“Information suggests China may have recently strengthened the search for North Korean escapees in collaboration with the government of North Korea,” he said. “Repatriated North Koreans are at great risk of serious human rights violations, including torture.”

He said that the North Korean government has exacerbated the problem through “failing economic and agricultural policies” and not “developing the conditions where people can securely access food through markets without being criminalized.”

One North Korean defector described her life to Quintana as “no freedom, no rations, no commercial activities, surveillance and the risk of crackdown, no happiness for anyone in farming areas.”

In a report released in March, the United Nations estimated that 11 million people in North Korea, over 43 percent of the population, are undernourished.

“Food security is at an alarming level,” said Quintana, who urged donors to meet the humanitarian appeal for food assistance as well as called on North Korea to allow monitoring by outside agencies to build trust.

South Korea announced on Wednesday that it would donate 50,000 metric tons of rice to North Korea through the United Nations’ World Food Program, its largest donation since 2008.

Quintana’s visit was his sixth mission to Seoul. The Argentinian human rights lawyer was previously the U.N. special rapporteur on the situation of human rights in Myanmar from 2008 to 2014. 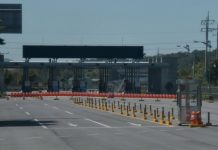 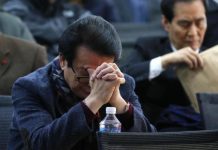