The U.N. Commission of Inquiry on Syria said regime troops caused mental and physical trauma to residents in the enclave — the countryside surrounding Damascus — through airstrikes and by withholding food. Bombings took the lives of hundreds of civilians.

“It is completely abhorrent that besieged civilians were indiscriminately attacked and systematically denied food and medicine,” said Commission Chairman Paulo Pinheiro. “What is clear from the terminal phase of this siege is that no warring party acted to protect the civilian population.”

Investigators said rebel forces and terror organizations also were to blame for firing unguided mortars into nearby Damascus.

“Even if pro-government forces are bombing and starving the civilian population of Eastern Ghouta into submission, there can be no justification for the indiscriminate shelling of civilian-inhabited areas in Damascus,” said Commissioner Hanny Megally. “Such actions by armed groups and members of terrorist organizations also amount to war crimes.”

Some of Eastern Ghouta opposed President Bashar al-Assad during the early days of the civil war and rebels captured the enclave — including the city of Douma — in 2013. In August 2013, the Syrian government launched a chemical weapon attack in the area, killing nearly 600 people and resulting in a ban on chemical weapons in the country.

There were reports of more chemical attacks in January 2018 and Syrian forces launched an operation to retake the region the next month. Assad’s regime once again took full control of Damascus and Ghouta by May.

By the time of Eastern Ghouta’s recapture in April, more than 140,000 civilians were displaced from their homes, tens of thousands of whom, the United Nations said, were “being unlawfully interned by government forces.”

“The blanket internment of all civilians who fled Eastern Ghouta through humanitarian corridors, including women and children, is reprehensible,” said Commissioner Karen Koning AbuZayd. “In many instances, the ongoing internment of these individuals amounts to arbitrary deprivation of liberty, and the unlawful confinement of tens of thousands of individuals.” 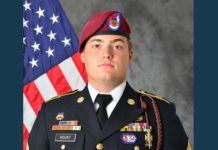