May 6 (UPI) — Birth and fertility rates in the United States declined again last year, data from the Centers for Disease Control and Prevention showed Wednesday — with births down 4% to the lowest level in more than 40 years.

The total and general fertility rates in 2020 also declined 4% from 2019 to record lows. The report said at the current level — known as “below replacement” — there are more people dying every day than are being born.

The U.S. birth rate last year was down to about 56 births per 1,000 women of child-bearing age, which is the lowest rate on record.

The birth rate figure, the lowest since 1979, continues a downward trend and marks the sixth consecutive year that the number of births have declined.

The report does not attribute the overall decline to the COVID-19 pandemic.

Overall, the number of births declined for women in every race and ethnicity from 2019 to 2020 — 4% for White and Black women, 3% for Hispanic women, 8% for Asian Americans and 6% for Native Americans and Alaska Natives, the report said.

“In general, longevity has increased while fertility has declined, resulting in an increase in the proportion of the older people,” Gozal, pediatrician-in-chief at University of Missouri Women’s and Children’s Hospital, told UPI in March.

Gozal did not participate in the CDC analysis.

The data released Wednesday was calculated by using preliminary population estimates from the 2010 Census and birth records received by the National Center for Health Statistics as of Feb. 11. 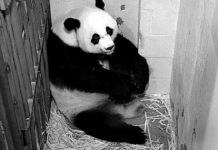