Sept. 10 (UPI) — A Customs and Border Protection official said Monday that 64,000 people were arrested in August, less than half of a peak in May, as Mexico’s enforcement rises.

Acting Customs and Border Protection Commissioner Mark Morgan said at a press conference Monday that August arrests were down 56 percent from the peak in May when there were over 144,000 arrests.

Arrests at the southern border in August were also down from just over 82,000 the previous month, which represents a 22 percent decline, he said.

Morgan credited President Donald Trump’s efforts to “curb the flow of illegal migration” as a reason for the decline, along with cooperation from Mexico to step up enforcement, but said Congress still needs to do more to pass legislation to address a border crisis where children are “being used as passports.”

“The president has made it very clear that he is going to use every tool available to him and this administration to address this unprecedented crisis at the southern border,” Morgan said. “We have seen historic agreements and policy put in place by this administration, unprecedented network of initiatives from regulatory reforms, policy changes, interior enforcement efforts, the list goes on and on.”

Morgan said enforcement in Mexico has risen sharply to 134,000 people apprehended so far this calendar year, compared with 83,000 apprehensions all of last year.

Other Stories of Interest:  Sanders overwhelms foes in Nevada caucuses

“That’s a substantial increase of apprehensions that the government of Mexico has executed,” Morgan said. “In addition, since June, Mexico has deployed thousands of troops, they’ve created a new National Guard within their country, 10,000 troops to the southern border, 15,000 troops to the northern border with the United States, again unprecedented support and cooperation with the government of Mexico.”

Still, Morgan said that Mexico would need to sustain its enforcement and lawmakers have to do more.

“We cannot rely solely on the government of Mexico or our Central American partners to solve the pull factors created by our broken system,” Morgan said. “Unless the laws change, these numbers will rise again next year, just as we’ve seen in the past.”

Trump increased pressure on Mexico through his “Remain in Mexico,” policy for asylum seekers to be forced to remain in Mexico while their cases are adjudicated, announced in December. He also threatened in June to impose tariffs on Mexico if it didn’t step up enforcement to curb migration.

Trump has blamed Democrats for failing to pass stronger immigration laws, though some of his proposals have failed to gain traction in the Republican-controlled Senate. 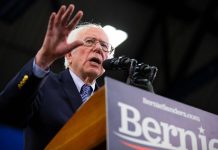