Jan. 23 (UPI) — The U.S. State Department issued a statement Saturday condemning ISIS for an attack on a prison in northeast Syria made to free detained fighters.

The terror group had detonated a car bomb outside the al-Sina’a prison on Thursday and have been fighting with the U.S.-backed Syrian Democratic Forces for three days.

“We commend the Syrian Democratic Forces (SDF) for their swift response and continued commitment to the fight against ISIS in northeast Syria,” State Department spokesman Ned Price said in the statement.

Price said ISIS had been attempting a siege on the prison for more than a year, while praising SDF forces for their ability to thwart previous attacks and minimize the severity of the attack Thursday.

“We extend our sincere condolences to the families of the guards injured and killed in the initial bomb attack and subsequent fighting,” Price said.

He said that the attack shows the need to fund initiatives “to improve the secure and humane detention of ISIS fighters, including by strengthening detention facility security.”

“It also underscores the urgent need for countries of origin to repatriate, rehabilitate, reintegrate, and prosecute, where appropriate, their nationals detained in northeast Syria,” Price said.

Pentagon Press Secretary John Kirby said during a press briefing Friday that the U.S. maintains its presence in Syria because of the continued threat of ISIS and had assisted SDF by providing airstrikes.

“We have provided some airstrikes to support them as they deal with this particular prison break,” Kirby said.

SDF General Commander Mazloum Abdi revealed in a statement made to Twitter that some of the ISIS detainees had escaped from the prison during the attack, but all of them were recaptured.

“The terrorist ISIS organization has mobilized most of its sleeper cells in an attempt to organize a jailbreak near the Hasakah prison with suicide bombers and an insurgency by detainees inside the prison,” Abdi said.

“Our security forces mobilized and succeeded with the help of the Coalition to repel the attack and the area around the prison was completely surrounded and all fugitives were arrested.”

The SDF Press Center, a news agency for the defense forces, revealed that 89 detainees had escaped before they were recaptured. 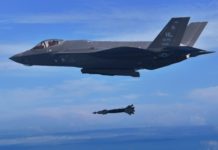