Sept. 1 (UPI) — The United States on Friday cut off funding to the U.N. agency that provides aid to Palestinian refugees, calling the operation unsustainable and “irredeemably flawed.”

The State Department said that after providing $60 million to the U.N. Relief and Works Agency for Palestinian Refugees in the Near East this year, it will no longer contribute to the program to give education, healthcare and social services to some 5 million refugees.

The United States historically has contributed more than $360 million each year to the UNWRA.

A statement from State Department spokeswoman Heather Nauert said the United States was no longer willing to shoulder a “disproportionate share” of UNRWA’s costs.

“Beyond the budget gap itself and failure to mobilize adequate and appropriate burden sharing, the fundamental business model and fiscal practices that have marked UNRWA for years — tied to UNRWA’s endlessly and exponentially expanding community of entitled beneficiaries — is simply unsustainable and has been in crisis mode for many years,” her statement said. “The United States will no longer commit further funding to this irredeemably flawed operation.”

The UNRWA assists Palestinians expelled from their homes during the 1948 Palestine war and the 1967 Six Day war.

The office of Palestinian President Mahmoud Abbas accused the United States of ripping refugee status away from the 5 million Palestinians who receive the aid.

“After using humanitarian aid to blackmail and pressure the Palestinian leadership to submit to the empty plan known as ‘the deal of the century,’ the Trump administration plans to commit an immoral scandal against Palestinian refugees by giving itself the right to abolish [their] historical rights,” Abbas spokesman Ahmad Shami said, according to The Washington Post. 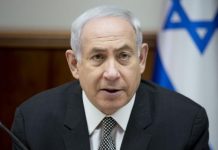