TWISP, Wash., Aug. 21 (UPI) — The U.S. Fire Service identified three firefighters who were killed when their vehicle overturned while battling a wildfire in Washington state.

Tom Zbyszewski, 20, Andrew Zajac, 26, and Richard Wheeler, 31, were members of an engine crew from Okanogan-Wenatchee National Forest in central Washington.Officials said their vehicle crashed and overturned, trapping them inside. A fourth firefighter, Daniel Lyon, 25, was being treated for burns over 60 percent of his body. Three others sustained injuries but their conditions are not known.

It was the worst fatal wildfire incident in Washington since 2001, when four firefighters were killed near Chewuch River Canyon.

“We are mourning the loss of Tom, Andrew, and Richard and are in connection with and closely monitoring the recovery process of Daniel,” said Mike Williams, Forest Supervisor on the Okanogan-Wenatchee National Forest. “This was a tragic incident, and our hearts go out to their families, friends, and colleagues.”

Wildfires, fueled by dry brush and steady winds, have been whipping over much of the Pacific Northwest. The situation in the area has become so dire, Washington officials say for the first time in state history they’re asking local residents who have and can operate heavy equipment, such as backhoes and bulldozers, to dig fire lines.

Richard and Jennifer Zbyszewski said their only son, Tom, was set to begin his junior year in college, studying physics and Chinese.

“I was more proud of him than I could ever express,” his mother, Jennifer, said. “We know that he would want us and everyone to be happy. So that’s what we have to do, work towards that to you know, to get to the point when we can be happy again.”

Wheeler’s family said he was a fourth generation firefighter with 10 years service. He and his wife lived in Wenatchee, Wash. during wildfire season and returned to West Michigan during the off season, where he attended Grand State University to pursue a degree in natural resources management. He wanted to become a full-time firefighter and work his way up to management, his family said.

“He’s a hero through and through. He’s one of the greatest guys we know. He died doing what he loved doing,” Wheeler’s cousin Kristy Beauchamp told 24 Hour News 8.“He had the best sense of humor. He’s sensitive loving and cares for everyone.”

Zajac, originally from Illinois, graduated Case Western Reserve University in Cleveland with a biology degree in 2010 and received a master of science degree from the University of South Dakota in 2014. He was a two-year starter at right tackle while at Case Western and an avid outdoorsman. 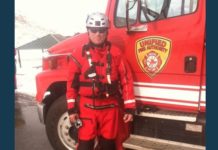 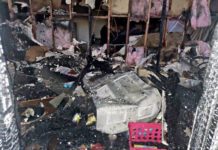