Oct. 7 (UPI) — U.S. gas prices have risen to a seven-year high with a national average of $3.22 per gallon, AAA said on Wednesday.

The last time gas prices were at the current average was October 2014, AAA said. The national average a year ago was $2.18 per gallon.

Wednesday’s average is four cents higher than what it was for the month of September ($3.18).

The Houston area in Texas has some of the nation’s lowest prices, with an average of $2.78 per gallon. Mono County, Calif., has one of the highest averages ($5.18).

California has the nation’s highest average at $4.42.

The rise coincides with an increase in oil prices. West Texas Intermediate crude futures traded at $77.60 per barrel Wednesday, inching closer to the $79 per barrel mark in November 2014. 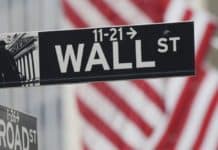