Dec. 11 (UPI) — The U.S. government on Thursday executed a man convicted of killing a Texas couple two decades ago — the second such execution of the lame-duck presidency of Donald Trump.

Brandon Bernard, 40, was given the lethal injection just before 9 p.m. at the U.S. Penitentiary in Terre Haute, Ind., for the 1999 deaths of Todd and Stacie Bagley, married youth ministers. His was the 9th execution carried out by the federal government and 16th overall in the United States this year.

“Many things went wrong to put Brandon on death row, including egregious government misconduct in concealing evidence and misleading the jury, which the courts refused to remedy,” he said. “Before Brandon’s execution, five of the jurors who sentenced him to death said they no longer stood by that verdict. They joined the lead appellate prosecutor on Brandon’s case in urging President Trump to commute his death sentence to life without parole.”

“Brandon’s execution is a stain on America’s criminal justice system.”

The execution came shortly after the Supreme Court denied Bernard’s application for a stay of execution. His attorneys sought to appeal his case based on allegations that prosecutors withheld evidence they said may have spared their client the death penalty.

The defense team asked the Supreme Court for a 14-day delay so new attorneys added to the team Thursday — Alan Dershowitz and former U.S. Solicitor General Ken Starr — could have time to review the case.

Defense attorneys said they discovered evidence showing their client had a lesser role in the crime and the gang that perpetrated the killings. They argue that knowledge “almost certainly” would have persuaded at least one juror to vote for life in prison over the death penalty.

Bernard’s lawyers accuse the government of withholding the evidence, which they say was found while reviewing court documents for the resentencing of one of Bernard’s co-defendants, showing the information was in the government’s possession.

Bernard and accomplice Christopher Vialva were sentenced to death in 2000 for the murders.

Prosecutors argued at trial that the Bagleys gave Vialva and two other accomplices in the case a ride before the men held them at gunpoint and locked them in the trunk of their vehicle. They also stole the couple’s money and a wedding ring.

Bernard’s attorneys said he was not with those three accomplices when they kidnapped the Bagleys, but was called to join later in his own vehicle. The four then drove the Bagleys and the two vehicles to Fort Hood Army base, where prosecutors said Vialva shot the couple in the head and set the car on fire.

Defense lawyers said Bernard believed he was called to help dispose of the Bagleys’ vehicle and let them go free. Police arrested the four men after their vehicle slid off the road into a ditch near the Bagleys’ burning vehicle.

Because the murders took place on a military reservation, they were considered federal offenses.

Vialva was executed for his role in September.

Earlier this month, dozens of people — including jurors from Bernard’s trial — signed a clemency petition asking Trump to commute his death sentence. The petition asked Trump to consider that Bernard was just 18 at the time of the crime, had a clean prison record, showed remorse and conducted outreach work while incarcerated. They ask for his death sentence to be commuted to life in prison.

“These executions are a further illustration of how deviant and dangerously out of touch this government’s conduct has been during the entire course of this execution spree,” DPIC Executive Director Robert Dunham told UPI in November.

“No lame-duck president has attempted to carry out an execution in more than a century. And to cavalierly do so, as infections from a virus that has killed a quarter-million Americans are exploding across the country, exhibits a pathological lack of concern for public health and safety.” 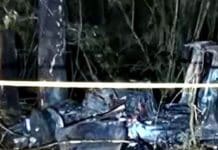