Speaking in front of more than a dozen farmers at the White House, Trump said money for the aid package will come from “billions of dollars the Treasury takes in” from tariffs collected on Chinese imports.

“We will ensure our farmers get the relief they need and very, very, quickly,” Trump said.

In a statement earlier in the day, Perdue accused China of not playing by the rules “for a long time.”

“President Trump is standing up to them, sending the clear message that the United States will no longer tolerate unfair trade practices, which include non-tariff barriers and the theft of intellectual property,” Perdue said.

“The plan we are announcing today ensures farmers do not bear the brunt of unfair retaliatory tariffs imposed by China and other trading partners.”

The tariffs, however, are actually paid by firms that import goods into the United States. Those added costs often are passed on to consumers though price increases, the International Monetary Fund said in an analysis.

Soybean exports to China have fallen by more than 80 percent in the past year as the trade war with the United States drags on. China now buys soybeans from Brazil and Argentina.

Iowa Soybean Association president Lindsay Greiner, said the announcement of the aid package was “welcomed news” that recognizes the economic impact of the trade war on farmers.

“When farmers can’t make sales, they can’t earn income. Yet bills still need to be paid,” he said. “This will help pay some bills.”

Greiner added, however that the assistance also raises questions about how much the money will benefit farmers in Iowa and whether it will have a lasting impact on sales and not just production. He said these issues could be remedied if the United States is able to increase international trade pacts such as the U.S. Mexico Canada Agreement and other deals with Japan and the European Union.

“Farmers have been reassured time and time again over the past year that results will be achieved and agreements made with key trading partners. Yet it’s been all talk and no action,” said Greiner. “It’s well past time for Congress and the administration to put aside partisan differences, break the policy gridlock and get to work on issues that truly matter for the American people.”

The USDA said the timing of the announcement was not meant to skew planting decisions for farmers.

David Herring, a pork producer from Lillington, N.C., and president of the National Pork Producers Council, thanked the Trump administration for assisting the industry.

“The U.S. pork industry has been one of the most adversely affected sectors, receiving a one-two punch in the form of a 50 percent punitive tariff from China on top of the existing 12 percent duty and, until recently, a 20 percent punitive tariff from Mexico. This trade aid will help repair some of the damage inflicted upon U.S. pork producers,” he said.

Last year, the USDA’s Market Facilitation Program made direct payments to farmers of nine different commodities, with soybeans getting the majority. That program paid out $10 billion.

“Our team at USDA reflected on what worked well and gathered feedback on last year’s program to make this one even stronger and more effective for farmers,” Perdue said.

Soybean prices neared the lowest level in more than a decade as trade talks between the United States and China broke down earlier this year. May soybean futures dropped about 12 cents a bushel Sunday.

Earlier this month, Trump announced plans to ship excess farm products to poor and starving countries in the form of humanitarian assistance.

“Our farmers will do better, faster and starving nations can be helped,” Trump said.

But corn and soy farmers wouldn’t immediately benefit from that because the majority of their crops aren’t for human consumption — they are turned into animal feed, oil and ethanol. 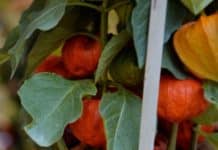 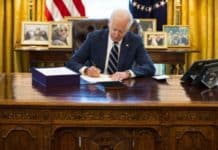 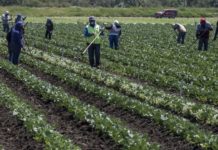