Sept. 26 (UPI) — Home prices in 20 major U.S. cities saw an increase in July that was much greater than expected, a new survey said Tuesday.

The figures for July noted that U.S. property values are outpacing wage growth. The 20-city index rose a seasonally-adjusted 5.8 percent in the three-month period ending in July, compared to a year ago — and it increased 5.6 percent from June.

Las Vegas had the third-highest gain (7.4 percent), its seventh straight month of increases. Despite the rise, the value of Las Vegas real estate is still about 30 percent lower than at its peak a decade ago.

Analysts say home prices may continue to increase in the next several months due to market effects brought on by Hurricanes Harvey and Irma — which reduced housing supplies in Texas and Florida. 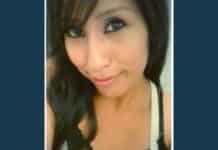