During the first half of the year, the U.S. Energy Information Administration, part of the Energy Department, said total crude oil imports increased 7 percent year-on-year. The increase marks a first since 2010, when imports started to decline in response to rising domestic output.

By region, EIA said imports from members of the Organization of Petroleum Exporting Countries increased by 504,000 barrels per day, making up the bulk of the new oil entering the U.S. economy. Declines from Mexico were offset by more imports from Canada, making the net gain from non-OPEC countries less than 24,000 bpd.

The EIA said the difference in price between U.S. crude oils, like the benchmark West Texas Intermediate, and global standards like Brent contributed in large part to the increase in imports.

“The narrowing price differences between U.S. crudes and international benchmarks provided an incentive for increased imports by refiners in areas where imported crudes now had a delivered cost advantage relative to similar domestic crudes,” EIA explained.

The United States briefly passed Saudi Arabia as the top net oil producer in 2014. Under pressure from lower crude oil prices and weaker demand, U.S. crude oil production is expected to decline through the end of the decade.

Republican presidential nominee Donald Trump said at a conference this year in North Dakota that he’d end U.S. oil imports from OPEC if elected in November.

In its daily briefing Friday, EIA said it expected annual crude oil imports to increase on a net basis both this year and in 2017. 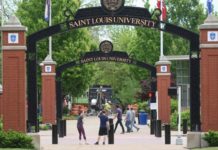