WASHINGTON, Nov. 2 (UPI) — U.S. Marines are largely supportive of their commandant’s decision to drop the M16 rifle for the M4 carbine as the standard infantry weapon.

The U.S. Marine Corps will officially recognize the M4 carbine as the standard weapon for infantry personnel beginning in September 2016, following the approval by Commandant Gen. Robert Neller. The move has been welcomed with optimism from infantry. Sgt. Jonathan Ferriera, a mortarman with 1st Battalion 8th Marines who used the M4 during his deployment in Afghanistan says “it’s about time.”

“The M4 holds every quality that the M16 does: everything an M16 can do, the M4 does better,” Ferriera told the Military Times.

Ferriera went on to add that the only advantage he saw with the M16 is the rifle’s superior firing range capability, with the M16 having an effective range of 600 yards compared to 545 yards for the M4. However, the superior mobility of the smaller-sized M4 makes up for the difference, Ferriera says.

Military analysts point to a number of reasons for the switch. The M16 is considered a legacy weapon for the Marines, equipped with technology from the Cold War era.Task and Purpose reports the M16’s fixed stock and 20-inch barrel no longer have a place in the modern warfare. By contrast, the M4’s retractable stock allows for adjustable length, allowing for the warfighter to adjust the weapon to their body type.

Other features such as the M16’s three-round burst have been deemed irrelevant and wasteful. The M164A will still be issued to non-infantry units and used for training purposes. 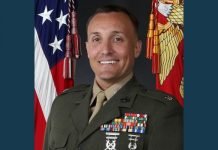 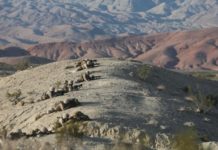