U.S. West Texas Intermediate crude oil rose to $82 per barrel at its session high before settling at $80.

Energy stocks rose along with oil prices in early trading but some turned over later in the day with Exxon Mobil stock falling 1% and Chevron declining 0.87%.

The 10-year treasury yield lingered around 1.61%, its highest level since June.

Major banks will report their third-quarter earnings with JPMorgan set to present on Wednesday with Goldman Sachs, Bank of America, Morgan Stanley, Wells Fargo and Citigroup reporting later in the week.

Goldman Sachs on Monday also cut its U.S. economic growth forecast for 2022 from 4.4% to 4% and lowered its 2021 estimate from 5.7% to 5.6% citing the end of fiscal support from Congress and lagging recovery for consumer spending.

“For activities like going to a movie theater, many individuals don’t anticipate resuming normal spending patterns for at least another six months, suggesting a full normalization in economic activity may take some time,” Goldman Sachs economist Joseph Briggs wrote in a note.

Investors will also examine the Bureau of Labor Statistics’ latest Consumer Price Index and Producer Price Index for September this week, as they expect increases in core consumer prices such as food and energy.

“‘Stagflation’ was the most common word in client conversations this week as equity market volatility remained elevated,” said David Kostin, Goldman Sachs, U.S. chief equity strategist. “Stagflation is not our economists’ base case expectation, but the weak historical performance of equities in stagflationary environments helps explain why investors are concerned.” 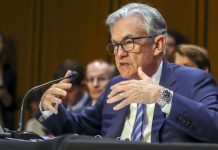 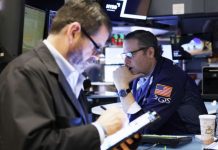 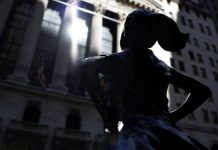