July 26 (UPI) — The National Parks Service has sounded the alarm that a backlog of almost $12 billion in deferred maintenance projects has built up over the past several decades and is threatening the safety of the parks for visitors and staff.

Many of the repairs are mundane leaky roofs and rotting wood at visitors centers, or trails that have been closed for repairs. Passenger elevators at Carlsbad Caverns National Park in New Mexico have been broken for years.

But some of the biggest repair projects on the to-do list include repairs on the most iconic park properties in the United States. The list includes $655 million in infrastructure repairs to the National Mall in Washington, D.C. Within that figure, $250 million is earmarked for the Arlington Memorial Bridge to Arlington Cemetery. The road deck of the bridge has deteriorated so severely that it will be closed down by the Federal Highway Administration in 2021 unless the bridge is completely replaced, the park service said.

Also on the Mall, the crumbling 120-year-old seawall of the tidal basin experiences daily flooding, threatening the mall’s iconic cherry trees, Catherine Townsend, of the Trust for the National Mall, said at a hearing in June.

More than 318 million people visit National Park Services sites each year, and they’re spending about $20 billion in local communities, Argust said. About 330,000 park employees spend their salaries at grocery stores and other establishments in gateway communities that serve park visitors.

“If you invest in fixing parks, there could be an additional 110,000 jobs for contractors, plumbers, masons and others working on some of the deferred maintenance projects,” Argust said.

The country’s 428 national parks are seeing record numbers of visitors, and that’s putting a strain on the already-aging facilities, said John Garder of the National Park Conservation Association.

“These are historic structures, some of them really old facilities that were constructed when the parks were established.”

That includes West Virginia’s historic Lockwood House Museum at Harpers Ferry National Historical Park, where wounded Union soldiers were treated during the Battle of Harpers Ferry in September 1862. Peeling paint and building damage has closed the house to visitors. An estimated $400,000 in repairs is needed, the park service said.

Some of the repairs are for infrastructure behind the scenes. For example, out of $313 million needed for repairs in Grand Canyon National Park in Arizona, about $100 million is needed to fix and replace the water system on the south rim of the canyon. The outdated system has about 30 leaks per year, the park service said.

At the nation’s most heavily visited park, San Francisco’s Golden Gate National Recreation Area, where 15.2 million people visited in 2018, the plumbing system requires a $9 million upgrade. Total repairs for that park add up to an estimated $324 million.

A bill has been introduced in the U.S. House that would pay $6.5 billion for repairs to U.S. national parks using oil and gas tax royalties from drilling on federal land. Supporters are hopeful the measure can make it out of committee before Congress breaks for the summer recess in August. Even if it doesn’t, the measure has bi-partisan support and is supported by the Trump administration, Pew’s Argust said.

The Restore Our Parks and Public Lands Act is sponsored by Rep. Rob Bishop, R-Utah. More than 250 bipartisan co-sponsors have jumped on the bill in the House. The bill has been making its way through the House Committee on Natural Resources.

The proposed bill dedicates up to $1.3 billion every year for five years to public lands infrastructure repairs for a total of $6.5 billion. Eighty percent of the money would go to National Park Service sites. A dedicated funding source would come from 50 percent of both onshore and offshore energy royalties for drilling projects on public land.

Sen. Rob Portman, R-Ohio, is sponsoring a companion bill in the U.S. Senate.

“Park staff do the best they can with the money they are given, but aging park visitor centers, roads and sewer systems across the park system reflect the lack of investment from the federal government,” said Theresa Pierno, of the National Parks Conservation Association, at the June hearing. “Passage of this bipartisan legislation would reprioritize our national parks, ensure that their historic and natural resources are well protected, and support visitors and the countless local economies that benefit from them.” 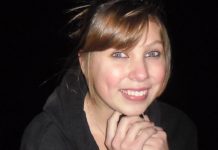