Dec. 2 (UPI) — The State Department has announced a $5 million reward for information leading to the arrest or conviction of Juan Carlos Valencia Gonzalez, an accused leader of one of Mexico’s most violent drug trafficking organizations.

U.S.-born Valencia Gonzalez has been accused of being a leader of the Cartel de Jalisco Nueva Generacion, which the State Department said is considered “to be the most violent drug trafficking organization currently operating in Mexico, with the highest cocaine, heroin and methamphetamine trafficking capacity.”

A Drug Enforcement Administration investigation has also accused the 37-year-old of being behind the manufacturing, transportation and distribution of tons of narcotics as well as for organizing violent crime, and he has been charged in an Oct. 8, 2020, indictment with conspiracy and distribution of a controlled substance for unlawful importation to the United States and use of a firearm during a narcotics transaction.

The reward offer comes after the State Department offered a $5 million reward for Audias Flores-Silva, a high-level member of the CJNC, and a $10 million reward for Nemesio Ruben Oseguera-Cervantes, the leader of the cartel and stepfather to Valencia Gonzalez who is accused of growing the gang from a regional organization to an international crime power.

“These actions are part of a U.S. whole-of-government approach to combating drug trafficking and transnational organized crime globally and specifically against the CJNG in Mexico,” said Ned Price, the State Department spokesman. 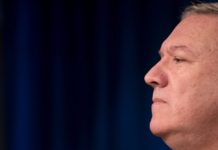