Feb. 28 (UPI) — Expectations of a build in U.S. crude oil inventories on the back of rising output pushed crude oil prices lower in early Tuesday trading.

Crude oil prices moved out of the gate strongly on Monday as investors again saw compliance with a production agreement from the Organization of Petroleum Exporting Countries as a sign the market was returning to balance.

“If confirmed, the stocks increase would be well-short of the average 5.5-million-barrel build seen during 2012-16 for the same reporting week,” Futures Editor Geoffrey Craig said in a statement. “Nevertheless, U.S. crude oil stocks are expected to keep growing until U.S. refiners return from planned winter maintenance.”

The price for Brent crude oil was down 0.8 percent about a half hour before the start of trading in New York to $55.97 per barrel. The U.S. benchmark for crude oil prices, West Texas Intermediate, was off 0.8 percent from the previous close to $55.95 per barrel.

U.S. stockpiles may be building as refiners prepare to shift operations to make a summer blend of gasoline, which is more expensive to make because of the environmental safeguards needed to prevent emissions and evaporation during warming months.

Broader markets may react to updates in U.S. gross domestic product for the fourth quarter. The Bureau of Economic Analysis reported an increase of 1.9 percent, compared with 3.5 percent during the third quarter, unchanged from previous estimates.

Fourth quarter 2016 growth was better than 2015, though data show headwinds may be present in the world’s largest economy.

Elsewhere, oil traders may remain focused on how OPEC compliance plays out. An extension to the six-month agreement may be already factored in, but if OPEC calls for tighter policies, oil prices could surge in the second half of the year. 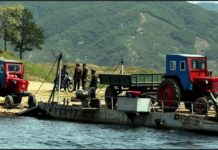