HANGZHOU, China, Sept. 4 (UPI) — U.S. President Barack Obama said he is not optimistic about the future success of a possible cease-fire in Syria despite ongoing talks between the United States and Russia.

Obama, speaking Sunday at the G-20 summit, said he does not think any new deal would last long enough for a political resolution in Syria. Secretary of State John Kerry, who met with Russian Foreign Minister Sergei Lavrov on the sidelines of the economic summit, said “a couple of tough issues” remain, but did not elaborate. Despite the nearing impasse, Obama said he is committed to continuing efforts.

“It is worth trying,” Obama said to reporters. “To the extent that there are children and women and innocent civilians who can get food and medical supplies and, you know, get some relief from the constant terror of bombings, that’s worth the effort. And I think it’s premature for us to say that there is a clear path forward, but there is the possibility at least for us to make some progress on that front.”

Obama said it’s essential for Russia to be involved in a political solution. Obama and Russian President Vladimir Putin plan to meet Monday.

“Our conversations with the Russians are key because, if it were not for the Russians, then [Syrian president Bashar al-]Assad and the regime would not be able to sustain its offensive,” he said.

Obama’s relations with Putin are strained because of not only the Syrian situation but Moscow’s moves in Ukraine and the possibility the Russian leader is trying to help Republican Donald Trump get elected.

Russian Deputy Foreign Minister Sergei Ryabkov told reporters the two sides are close but it is important for the United States to distinguish “the so-called moderate opposition from the terrorists.” Syrian rebel groups have worked alongside Nusra Front, which is now known as Syria Conquest Front.

“I will say that we are close to reaching a deal [with the United States]… there are no grounds to expect that everything would collapse,” Ryabkov told reporters.

Kerry, at a news conference, reiterated the continuing efforts to make a cease-fire work. He did not comment about a July information-sharing proposal that would include coordinating air attacks against the Syria Conquest Front in exchange for Russia pushing to stop offensives by Assad’s government.

“An awful lot of technical things have been worked out, a lot of things are clear, but there still remain, as I say, “a couple of tough issues, Kerry told reporters. “We’ve got to figure out how to make certain both of us can be comfortable with the resolution to those issues, so that’s what we’re working on.”

“We discussed ways in which we can further cooperate in that regard,” Obama said after meeting with Erdogan, who survived a failed military coup and has been cracking down on suspected instigators.

Erdogan’s government is unhappy with the United States not extraditing Fethullah Gulen, the Turkish cleric who now lives in exile in Pennsylvania. Erdogan blames him for plotting the coup.

U.S. officials say they are awaiting sufficient evidence to justify the request to extradite Gulen, who is 75 and claims to be in failing health.

Erdogan said the U.S. and Turkey should adopt a “common attitude” against terrorism.

He noted there is a distinction between “good terrorists or bad,” he said, an indirect reference to Gulen and U.S. support for Kurdish fighters in Syria. 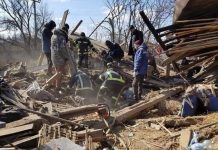 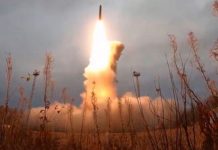