WASHINGTON, June 7 (UPI) — More than 200 ancient artifacts stolen from religious sites in India were returned by the United States, coinciding with the U.S. visit of Prime Minister Narendra Modi.

Modi and U.S. Attorney General Loretta Lynch participated in a repatriation ceremony in Washington on Monday.

The valuable religious and art objects were looted from some of India’s most revered religious sites over several years and offered for sale in the United States.

They include a 1,000-year-old bronze statue of Hindu mystic Saint Manikkavichavakar that was taken from a Chennai, India, monastery, and a bronze sculpture of the Hindu god Ganesh, also believed to be about 1,000 years old.

The artifacts will be returned to India gradually, after legal formalities are completed.

“More than 200 antiquities and cultural artifacts that speak to India’s astounding history and beautiful culture are beginning their journey home. It is my hope – and the hope of the American people – that this repatriation will serve as a sign of our great respect for India’s culture; our deep admiration for its people; and our sincere appreciation for the ties between our nations,” Lynch said.

Modi added, “People are attracted to India for its ancient civilization. We have towns dating back 5,000 years. These treasures are to be enjoyed by the entire world. Technology can help us catch those indulging in illicit trafficking.”

He then expressed “gratitude to the U.S. government for the sensitivity shown to India’s heritage,” adding: “This will evoke great respect among the people of India.”

Many of the pieces were seized by U.S. Homeland Security investigators as part of Operation Hindu Idol, an investigation begun in 2007. Numerous antiquities were discovered in shipments to New York art dealer Subhash Kapoor, who is awaiting trial in India for allegedly looting tens of millions of dollars worth of rare antiquities. 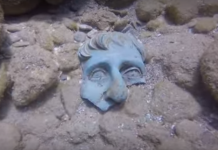 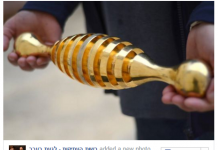