He said the government will attempt to distribute 1 million doses to 6,500 pharmacies across the country in the fairest way possible.

Following the limited launch, White House press secretary Jen Psaki said the supply will be distributed to as many as 40,000 pharmacies worldwide.

“The initial phase of activating local pharmacies will get more shots in arms,” Zients said during a news conference giving a pandemic response update. “It will ensure pharmacies have the infrastructure and the experience they need to scale up when vaccine supply increases in the months ahead.”

The doses will be distributed based on population sizes, but Zients added the Centers for Disease Control and Prevention will seek out pharmacies in areas that are hard to reach to ensure equitable distribution.

CVS Pharmacy on Tuesday announced its locations will receive 250,000 of the vaccine doses set to be sent out next week.

In addressing complaints from states about receiving fluctuating vaccine doses weekly, Zients said the government will try to distribute doses at minimum levels in three-week spans.

“It’s really important for states to know what’s coming. As production increases we hope to increase those minimums,” Zients said.

As of Tuesday, the United States has distributed 52.66 million doses of the vaccine and administered 32.78 million doses.

He said the speed in which the administration can act as far as providing vaccine doses and setting up vaccination and testing sites is tied to Congressional appropriations.

“The faster Congress acts, the faster we can scale vaccination sites and mobile units,” Zients said. “We can increase testing and emergency supplies. Given this pandemic, it is important that Congress act as fast as possible so we can scale our efforts and fight the pandemic as efficiently and effectively as possible.”

He said the administration will meet and likely exceed Biden’s goal of having 100 community vaccination sites by the end of his first month in office and will use mobile vaccination units to reach rural communities. He said the Federal Emergency Management Agency and the military will be called upon to start vaccination sites in an effort to reach the goal.

“As the president said, this is a national emergency and we are treating it as such,” Zients said. “We are bringing the full force of the federal government to partner with state and local leaders. We’re giving Americans the facts they need and working to ensure our response is fair and equitable.” 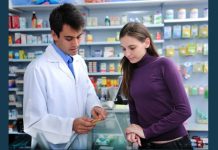 Pharmacies may still deny teens ‘morning after’ pill, despite no age restriction 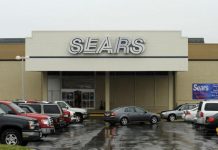