July 26 (UPI) — The Biden administration has unveiled plans to plant more than 1 billion trees over millions of acres of national forests in an effort to address a reforestation backlog caused by wildfires and to fight climate change.

The strategy was unveiled by the Department of Agriculture on Monday with funds made available under President Joe Biden‘s $1.2 trillion Bipartisan Infrastructure Law and its Repairing Existing Public Land by Adding Necessary Trees Act, better known as the REPLANT Act, which were signed into being in November of last year.

The REPLANT Act provides the Forest Service with funds to plant more than 1 billion trees over the next decade and to address 4 million acres of reforestation needs on National Forest Services lands.

According to the Forest Services, a majority of the 4 million acres in need of reforestation were burned by wildfires over the past few years. However, the service said it has only been able to annually address 6% of post-wildfire planting needs, creating the backlog.

The Forest Services has said it sees the urgency to increase reforestation, with Agriculture Secretary Tom Vilsack stating Monday that forests “are a powerful tool in the fight against climate change.”

“Nurturing their natural regeneration and planting in areas with the most need is critical to mitigating the worst effects of climate change while also making those forests more resilient to the threats they face from catastrophic wildfire, historic drought, disease outbreaks and pest infestation,” he said.

Under the REPLANT Act, the Forest Service this year will invest more than $100 million in reforestation, representing a three-fold investment increase compared to previous years.

Non-profit conservation organization American Forests on Monday applauded the Biden administration’s plan, stating it will “harness the power of trees on our landscapes to make them more resilient.”

“These direly needed nursery investments are only a start, and we look forward to subsequent rounds of funding to help ramp up reforestation across America’s landscapes,” Brian Kittler, American Forests vice president of forest restoration, said in a statement.

The act permitted the increase by removing a $30 million annual cap on reforestation investments, and the Agriculture Department said Monday that it expects the federal government to “significantly” increase resources for planting needs every year.

The announcement follows Biden’s executive order signed in April to strengthen protections for forests and the Agriculture Department’s January unveiling of a 10-year strategy to confront the wildfire crisis. 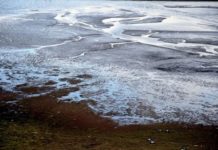 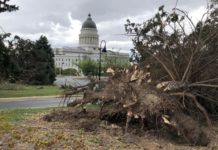