Last week, the 221,000 claims filed decreased from the previous week by 9,000, according to information released Thursday by the Department of Labor — a larger drop than experts predicted.

The decreased numbers are a result of strong economic growth recently.

The unemployment rate of 4.1 percent matches a 17-year low, according to the Department of Labor.

The statistics show earnings also increased in January, the third consecutive monthly rise in the average hourly earnings — a 2.9 percent increase — according to Secretary of Labor Alexander Acosta.

“This may be the start of a welcome trend in wage gains and marks the highest percentage increase in average hourly earnings since 2009,” Acosta said. 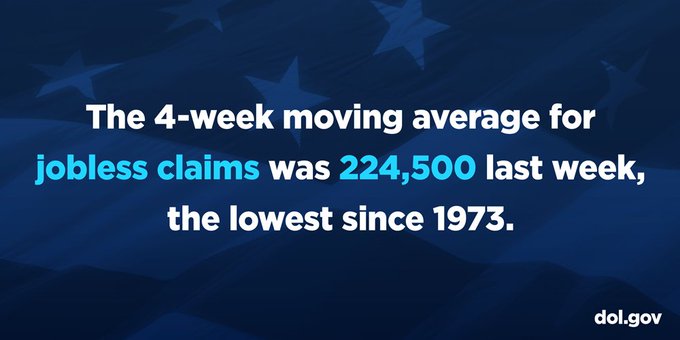 The 4-week moving average for jobless claims dropped to 224,500 – the lowest level since March 1973. https://www.dol.gov/sites/default/files/documents/newsroom/releases/eta/20180217.pdf …