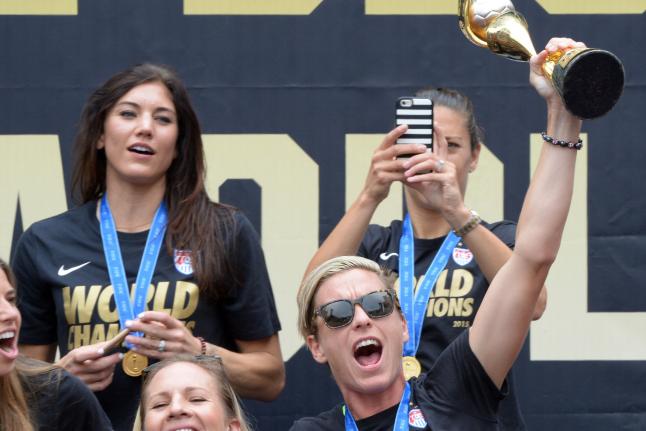 NEW YORK, July 10 (UPI) — The World-Cup winning U.S. women’s soccer team was welcomed to New York City with a ticker-tape parade Friday morning as the team returned to the top of the FIFA women’s rankings.

In claiming the No. 1 position, the U.S. women’s team unseated Germany and continues its long streak to the lead position. The parade along the Canyon of Heroes, on Broadway from lower Manhattan’s Battery Park to City Hall, marked the first time any women’s team has been celebrated in the parade.

“So excited to be in New York for today’s #USWNTParade! Already an amazing crowd!”

The parade, which lasted about an hour, featured team stars Carli Lloyd, Abby Wambach and the rest of the 23-member team. Covered in confetti, team members waved from floats as thousands of supporters — some who began gathering at 3:30 a.m. along the parade route — screamed, “USA! USA! USA!” At the end of the route, New York City Mayor Bill de Blasio gave the soccer stars a key to the city.

The team trounced Japan in a 5-2 victory on Sunday, taking the United States’ third World Cup title. It was the 205th ticker-tape parade in Manhattan. 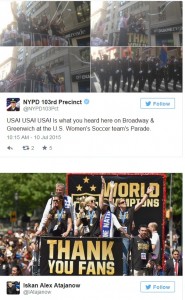