Robert Bivines, 36, turned himself in to police, who booked him into Fulton County Jail on a murder charge, his attorney Jackie Patterson told The Washington Post.

Patterson said Bivines and the victim were engaged in an argument before the shooting and he acted in self defense.

“There’s no question that my client was defending himself,” he said. “It was clear self-defense.”

The Fulton County Medical Examiner’s Office identified the victim as 30-year-old as Ryan Thornton, his family told WXIA-TV. Thornton had graduated from Morehouse College in May and recently started a new job.

Thornton had gotten the food from the driver and turned to walk away when the shooting occurred.

“Words may have been exchanged,” Brown said.

Bivens told Patterson that Thornton was agitated he had made the delivery late after having trouble finding the location.

He said Thornton “jerked” the food order away and cursed at him before reaching into his jacket pocket.

Bivens said he feared Thornton had a gun and attempted to defend himself.

Uber’s firearm policy prohibits drivers and riders from carrying firearms in vehicles “to the extent permitted by applicable law” and a spokesman for the company said it is cooperating with investigations into the shooting.

“We are shocked and saddened by this news,” the spokesman said. “We are working with the Atlanta Police Department, and our hearts go out to the families of those involved.” 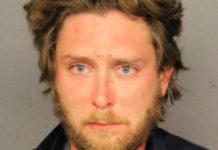