April 8 (UPI) — An American tourist and her driver who were abducted in Uganda have been rescued by security forces, national authorities said Sunday.

Uganda National Police and its sister agencies announced Sunday that they were able to rescue 35-year-old Kimberly Sue Endicott and her driver, adding that the two were in good health and safe in the custody of the joint security team.

Ugandan government representative Ofwono Opondo said they were both rescued from the Democratic Republic of Congo and taken safely back to the Kanugu district in Uganda, CNN reported.

“They are back at the lodge, and she is expected to be in Kampala tomorrow,” Opondo added.

Opondo also said the kidnappers fled the scene when law enforcement officers and soldiers moved in to carry out the rescue.

Endicott, who is from Southern California, and the driver were among four people in a vehicle touring Queen Elizabeth National Park on Tuesday night when they were kidnapped at gunpoint, and the other two, an elderly couple were rescued by a camp manager.

The kidnappers then used Endicott’s cellphone to make frequent calls demanding a $500,000 ransom. 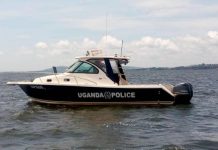 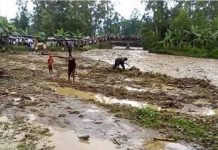 At least 41 dead after heavy rain, mudslides in Uganda