The American Prospect first reported that the insurance and banking firm was seizing veterans’ and military families’ stimulus checks to settle existing debts and account balances.

“For members with negative deposit account balances, USAA will pause the collection of a negative account balance existing at the time their stimulus payment was deposited for 90 days,” USAA spokesman Matthew Hartwig said. “This will allow members access to their full stimulus payment to help cover the costs of rent, food and other important necessities.”

Initially the company defended the practice, saying it was permissible under federal rules.

It is, and the New York Times reported Thursday that USAA is not the only financial institution to have garnished individual payments so far.

That caveat has prompted outcry from members of the public as well as lawmakers asking Secretary of the Treasury Steven Mnuchin to change the rules so customers get direct access to their payments.

Americans have also reported problems with the IRS “Get My Payment” tool which went live Wednesday, but has for many users resulted in a dead end of error messages and no information on the current status of payments.

USAA — which announced earlier this month that it would offer rebates to car insurance customers due to domestic travel restrictions — also said Thursday that it would restore access to funds for individuals who had previously had funds seized to cover debts.

The checks — $1,200 for individuals and up to $3,000 for families — are part of a $2 trillion package passed by Congress in March to help families cover immediate debts and expenses stemming from the COVID-19 pandemic.

According to the Department of Labor more than 22 million Americans have filed for unemployment in the last month. 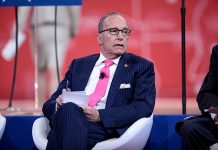