May 22 (UPI) — The U.S. Postal Service announced Monday it will issue its first set of scratch-and-sniff stamps next month.

The set of 10 frozen treat forever stamps will be issued June 20 during an unveiling ceremony in Austin, Texas. They will be made available to pre-order online to be delivered shortly after, USPS said.

In addition to illustrations of colorful frozen treats on a stick, each of the 10 stamps will feature a unique smell.

The stamps were designed by Art Director Antonio Alcalá and Leslie Badani, and feature the art of Margaret Berg. 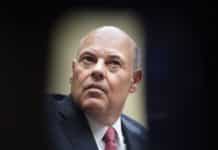