New research published Monday in the New England Journal of Medicine shows that 37 percent of high schoolers have vaped at least once in 2018, a jump of nearly 10 percent from the previous year.

“Teens are clearly attracted to the marketable technology and flavorings seen in vaping devices; however, it is urgent that teens understand the possible effects of vaping on overall health; the development of the teen brain; and the potential for addiction,” Nora D. Volkow, director of National Institute on Drug Abuse, said in a news release.

“Research tells us that teens who vape may be at risk for transitioning to regular cigarettes, so while we have celebrated our success in lowering their rates of tobacco use in recent years, we must continue aggressive educational efforts on all products containing nicotine.”

The research also found that nicotine vaping has shot up by almost 10 points to nearly 21 percent among high school seniors. Close to 11 percent of eighth graders reported vaping as well.

The good news is the use of other substances has gone down. Specifically, 1.7 percent of high school seniors reported using opioids in the past year — versus an all-time high of nearly 11 percent 15 years ago.

“With illicit opioid use at generally the lowest in the history of the survey, it is possible that being in high school offers a protective effect against opioid misuse and addiction,” Volkow said. “We will be focusing much of our new prevention research on the period of time when teens transition out of school into the adult world and become exposed to the dangerous use of these drugs.”

At a time when national opioid abuse statistics are trending upwards, the relatively low number of high schoolers using opioids is particularly noteworthy.

As of May 2018, the National Institutes of Health reports that more than 67,000 people have died due to opioid abuse.

Drinking trends within high school ranks have gone down as well. High school seniors drink a lot less, with the rate of 12th graders who binge drink at 13.8 percent, down from 16.6 percent the prior year.

“We are encouraged to see continued declines in a variety of measures of underage alcohol use,” said George F. Koob, director of the National Institute on Alcohol Abuse and Alcoholism.

“The new data, however, underscore that far too many young people continue to drink at a time in their lives when their brains and bodies are quite vulnerable to alcohol-related harms. We remain committed to developing and improving strategies to prevent the onset of drinking among youth, so that more young people can be spared the consequences of alcohol misuse.” 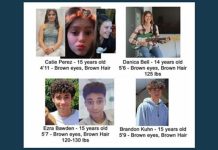