CARACAS, Venezuela, Oct. 23  (UPI) — Opposition leaders are calling the Venezuelan government’s decision to end a recall petition for President Nicholas Maduro a “coup” and are planning mass protests next week.

On Thursday, the socialist government’s election commission snuffed out a petition drive set to begin in several days seeking a recall election that polls show Maduro will lose if it is held. Former presidential candidate Henrique Capriles called for peaceful protests in a bid to draw attention to the government’s actions.

“What we saw yesterday was a coup,” Capriles said. “We’ll remain peaceful, but we will not be taken for fools. We must defend our country.”

The first of the protests is set to take place Wednesday, when the signature process would have begun. Organizers said it will take over a major highway in the capital Caracas and will include the wives of several prominent opposition leaders who have been jailed for their political actions.

The protests come amid quick condemnation from other countries in the Americas, including the United States — but also notably including other leftist governments in Colombia and Chile. In all, a dozen nations across the Americas joined in condemning the government’s actions.

The turmoil enveloping the Venezuelan government is not limited to domestic issues, either.

Colombia has canceled all commercial flights into Venezuelan air space after a civilian flight under the carrier Avianca that was headed to Bogota was tracked by two Venezuelan war planes. There were no hostile actions taken, but the incident prompted the government to suspend all flights over the country for an indefinite period of time.

The Boeing 787 altered its course out of Venezuelan air space and landed without incident 90 minutes later in Colombia.

For decades, Venezuela was ruled by popular former President Hugo Chavez, who was easily re-elected. But since his death and a brutal economic downturn that has included mass inflation, voters have turned against the socialist ruling party. Opposition parties delivered a decisive victory in legislative elections, though the Venezuelan Supreme Court, which is packed with judges loyal to the government, has issued decrees allowing Maduro to ignore laws passed by opposition legislators. 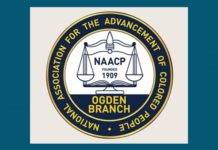 Ogden NAACP asks that protests be ‘peaceful and non-violent’ 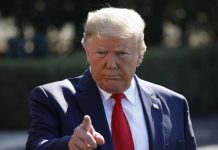 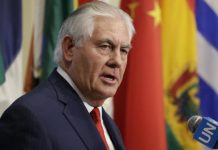 Tillerson to Venezuela’s Maduro: Allow democratic elections or step aside