Lopez was sentenced to 13 years, 9 months and seven days to be served at the Ramo Verde military prison in the Los Teques municipality near the capital city of Caracas. He was found guilty on four charges: conspiracy, public incitement, determinative in arson and in damages.

The charges for Lopez’s closed-door trial were put forward by Venezuela’s Public Ministry, under the guidance of President Nicolas Maduro.

Lopez, leader of the Voluntad Popular — or Popular Will — opposition party and former mayor of Chacao, a municipality within Caracas, was arrested in February 2014 after handing himself over to authorities.

He organized protests early last year calling for better security, an end to food shortages and enhanced freedom of speech for citizens, but the protests turned deadly — about 43 people died, both government supporters and opponents.

Holdack was sentenced to 10 years imprisonment but due to health concerns his sentence was changed to a probationary period. He has to present himself to a tribunal every 15 days.

González and Martín were sentenced to four and a half years, which is lower than the amount needed to be served in prison as designated by Venezuela’s Code of Criminal Procedure. They will instead also face a probationary period where they must present themselves to a tribunal every 15 days.

The sentences were designated by Susana Barreiros, the 28th trial judge of Caracas.

Venezuela is set for parliamentary elections scheduled for Dec. 6. The troubled country is facing more than a political crisis, as its economy is deteriorating and insecurity leads national discourse. 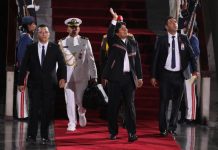 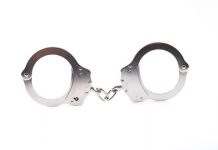